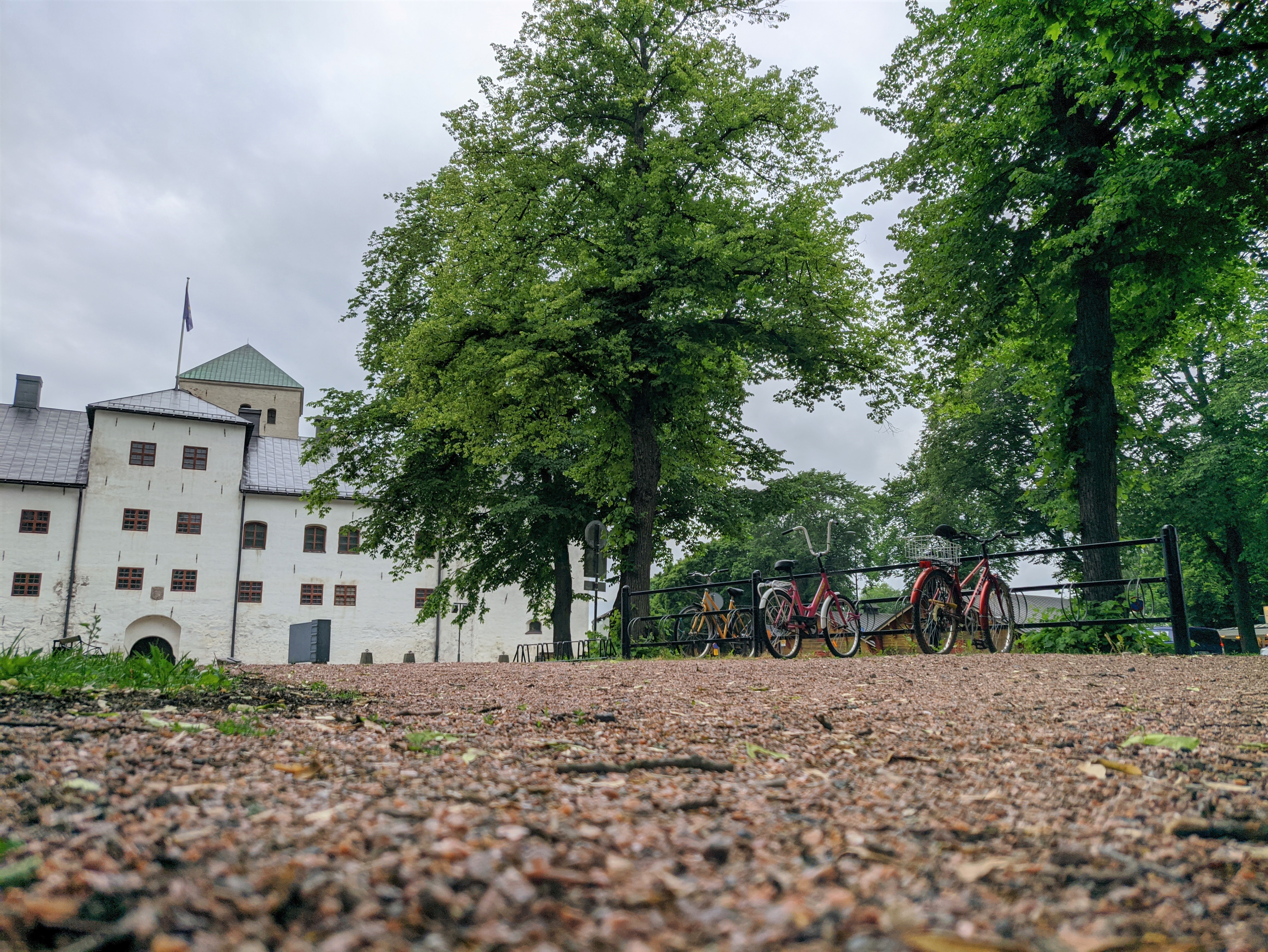 Within the HUPMOBILE project, City of Turku is working on a reorganisation of passenger rail transport in the port area. The goal is to develop a concept and a detailed plan for new railway access to the passenger harbour in the Linnanniemi (Castle Town) area.

The uniqueness of Linnanniemi is in being a meeting point of the historical and modern city of Turku as well as an area where the river flows into the sea. Nowadays, despite being an important part of historical Turku, the port area, situated on the tip of the cape, separates the city centre and the archipelago from one another.

Linnanniemi area is undergoing a large-scale regeneration process which would involve restructuring of both passenger and goods transport needs. The existing railway passes through the currently developing new housing area in Linnanniemi. The planned passenger railway reorganisation, as well as relocation of the ferry terminals, would free up the land area comprising Turku Castle, its surroundings and the western bank of the mouth of the Aura River, which connects the sea and the city. This will help to reduce congestion and maintain easy access to the harbour by train, improving the safety and attractiveness of the area. As the end result, Linnanniemi is planned to be transformed into a sustainable urban part of the expanding city centre organically connected to the sea. 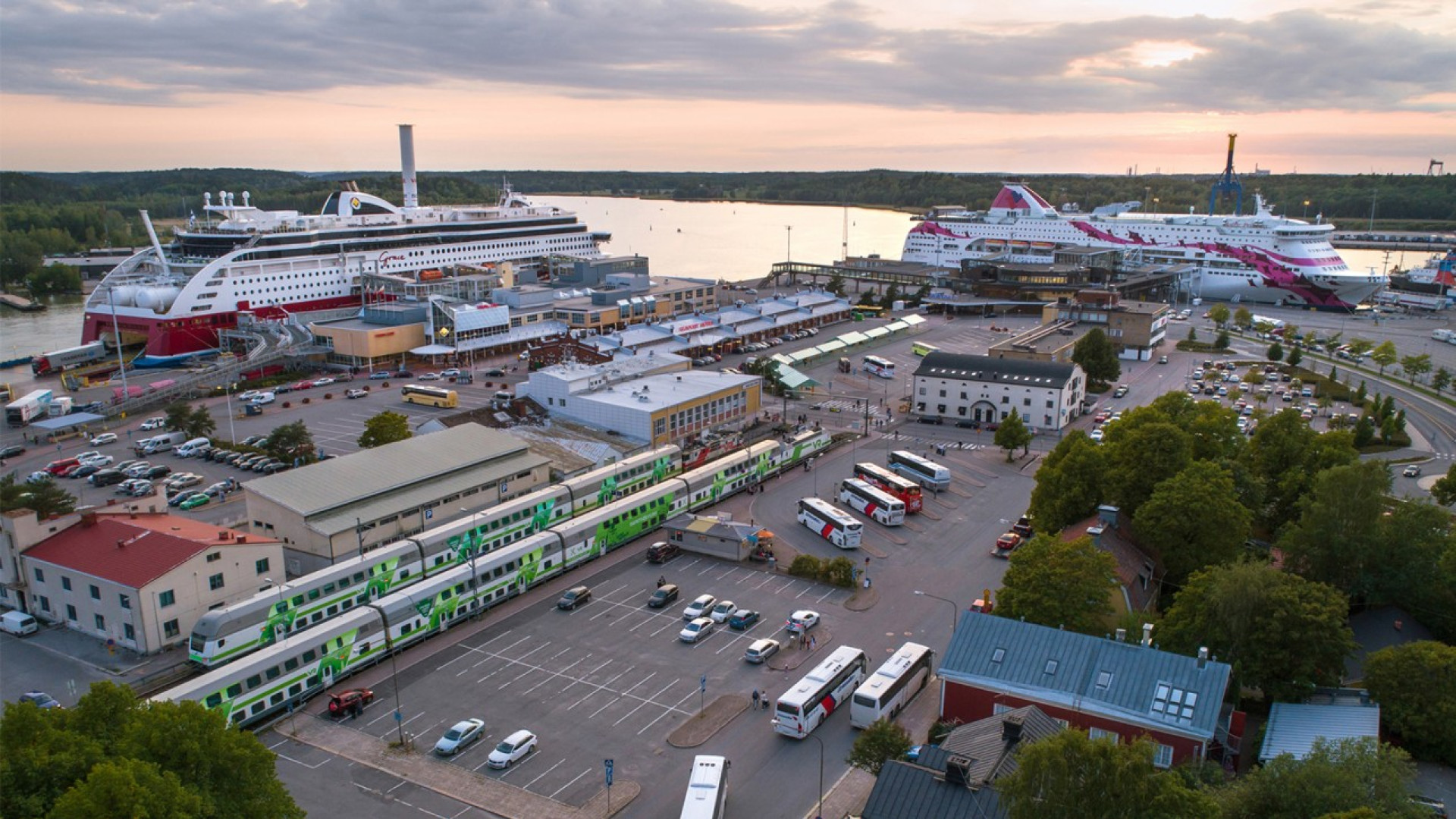 Turku port area. Photo by the City of Turku.

In order to find a versatile and open-minded development idea for this historically and culturally important area, an international planning competition was organised by the City of Turku in collaboration with the Finnish Association of Architects (SAFA) and the Finnish association of Landscape Architects (MARK). The competition has lasted from 9 January till 28 May 2020 and received as many as 127 proposals.

A key priority was given to changes that highlight Turku Castle’s status in the cityscape when viewed from the direction of the sea and would emphasise its historical significance and functional role.

When developed, the area would be predominantly focusing on recreational activities and tourism as well as facilitating the resident’s access to the river and sea. Sustainable mobility solutions are planned to become a crucial element in the future development of the port area and adjacent territory.

The submitted competition entries include various proposals, from turning the area back into a nearly natural medieval state to creating a full-scale urban city district. Ideas include e.g. shopping centre, amusement parks, museums, market hall, aquarium, skate parks swimming and wellness centre. Housing, commercial and public services as well as office-type jobs were proposed for the area. Majority of the entries carefully consider outdoor spaces and their use, giving green spaces an important role. Similarly, in most of the proposals, Linnanpuisto park has been expanded and a more functional role has been devised.

In order to involve citizens in the decision making related to the selection of the future development idea for the Linnanniemi area, the City of Turku has given an opportunity to freely comment on all the 127 entries until 5 August using the Kerro Kantasi (Voice your opinion) service. This valuable input would help the jury in the evaluation process of the winning idea for the future of Linnanniemi area. The result of the competition will be published during September and an exhibition of award-winning works will be held in the autumn.

The main objective of the project is to provide a holistic approach to the planning, implementation, optimization and management of integrated, sustainable mobility solutions in Baltic Sea port cities. Mobility in this context includes both people and goods (i.e. freight, cargo logistics and delivery). The activities of the project are listed on www.hupmobile-project.eu