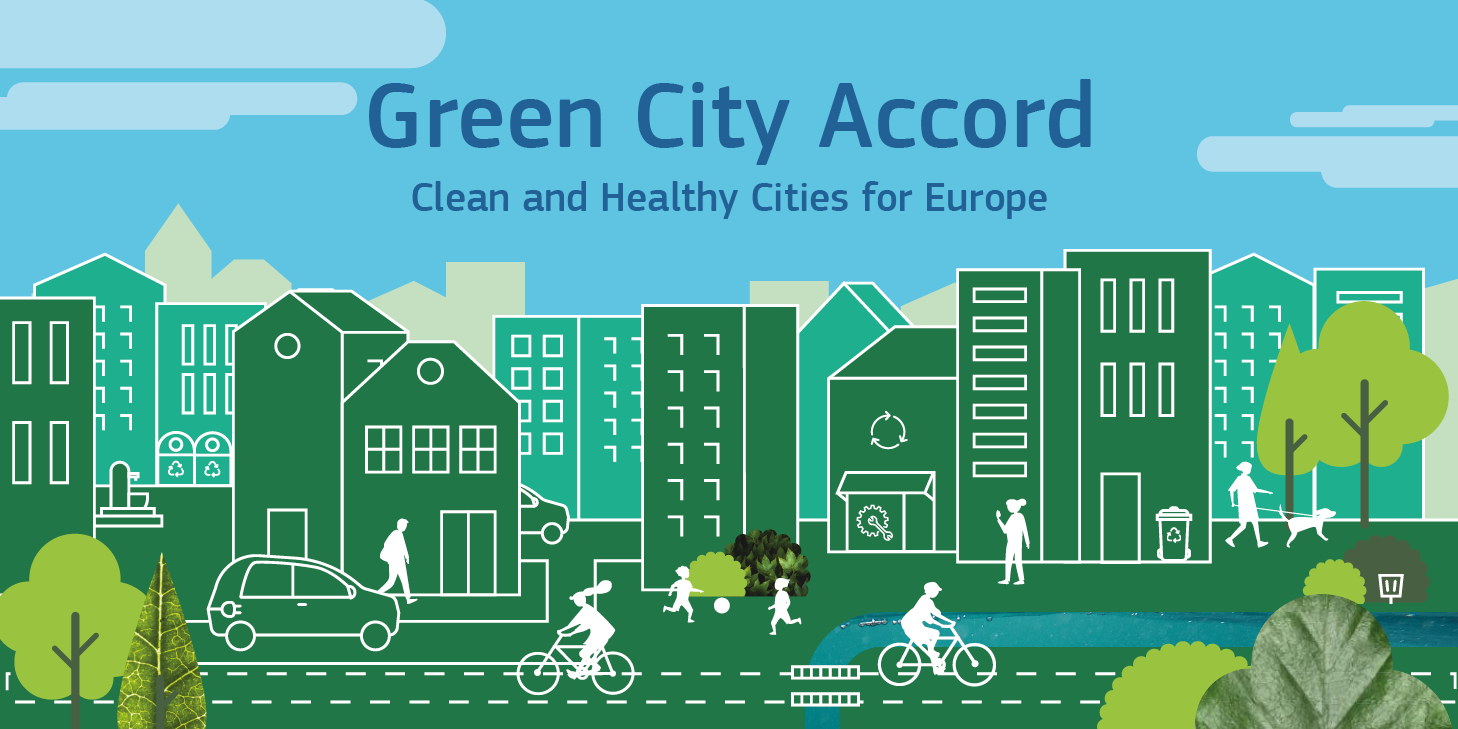 While the EU’s policies over the years have led to significant progress in improving the environment, and in raising standards across the EU Member States, many environmental challenges still prevail. With more than 70% of the EU’s population currently living in urban areas, cities are critical to meeting the EU's environmental objectives and in helping the EU to become a more sustainable region.

“Regions and cities will be at the core of the €1.8 trillion #NextGenerationEU plan for a green, digital and resilient recovery. Its success will depend on each of the one million local administrators in Europe. This is their moment, their opportunity, and their responsibility.”

Launched in October 2020, the Green City Accord (GCA) is a movement of European mayors committed to making cities cleaner and healthier. By signing the Green City Accord, cities agree to achieve by 2030 significant improvements in five areas of environmental management:

“Turku’s ambitious climate action goes hand in hand with environmental protection and the promotion of circular economy. We are currently drawing up a programme to protect biodiversity, implementing a progressive forest strategy and working to conserve the Baltic Sea.“

In each of these areas, signatory cities will:

The Green City Accord is a European Commission initiative. The GCA secretariat is currently run by a consortium consisting of: Eurocities, ICLEI – Local Governments for Sustainability and the Council of European Municipalities and Regions (CEMR). UBC Sustainable Cities Commission joined the forces with the GCA Secretariat in May 2021 as a supporter organisation and committed to promote the initiative among its member cities, to involve in capacity building and knowledge transfer activities and share best practices with the network.

What’s in it for your city?

The Green City Accord is open to any cities of 20,000 inhabitants and above located in the European Union. The term “city” means an urban area with an administrative unit governed by a city council or another form of a democratically elected body. This includes large metropolitan areas, as well as agglomerations.

The Accord will offer your city the following benefits:

By implementing the Accord, your city would also be delivering on the European Green Deal and the UN Sustainable Development Goals. The Green City Accord can be signed at any time.

Among 95 signatories of the Green City Accord, 7 UBC member cities have already joined the initiative. Let´s make our urban environments cleaner and healthier together!

More information how to join the GCA

7 UBC Member cities have already signed the Green City Accord:

“In addition to climate actions, we need to safeguard urban ecosystems and their biodiversity. A cleaner and more diverse urban environment will directly improve the daily life and well-being of our citizens.“