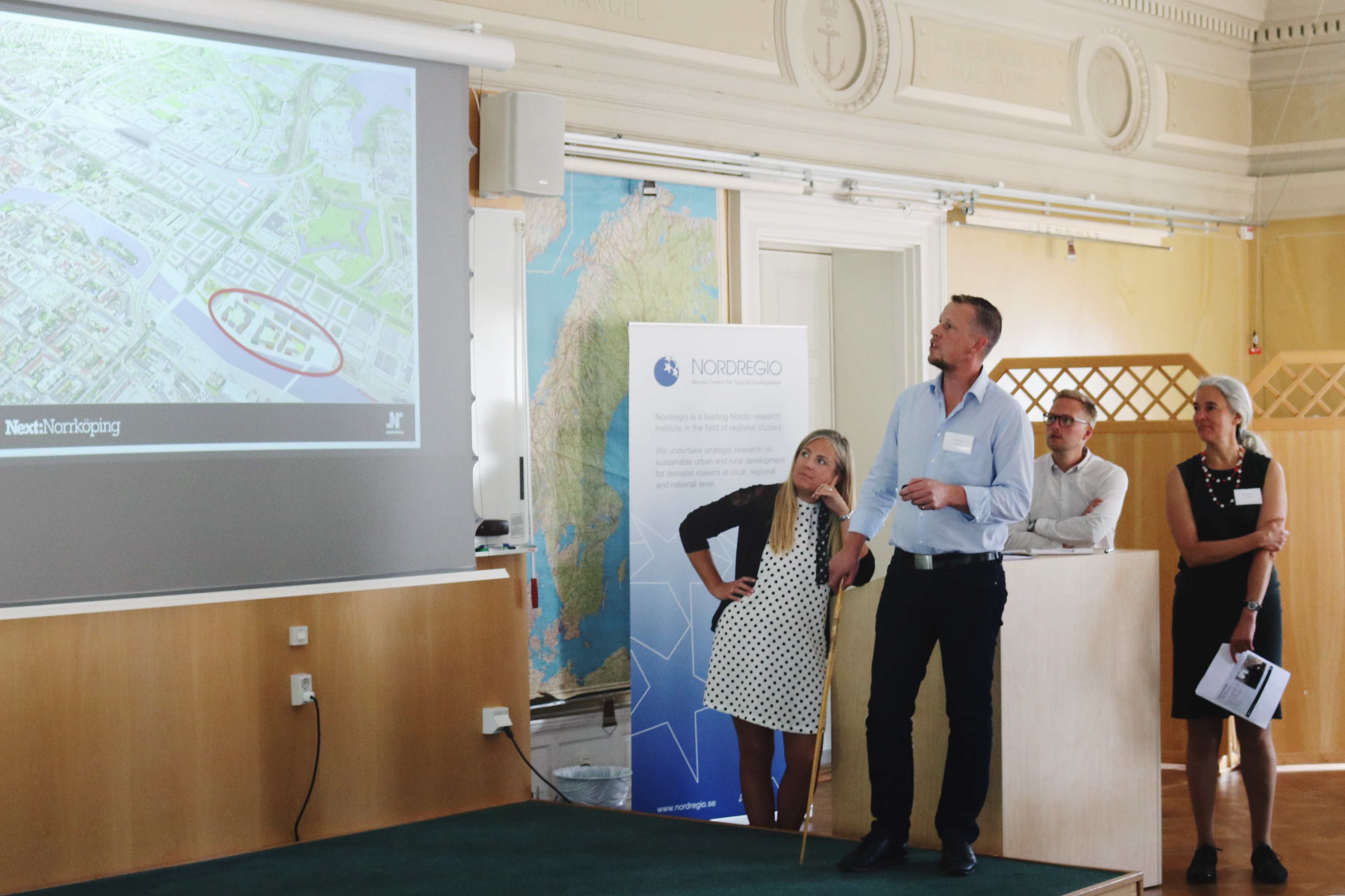 Baltic Urban Lab is one of the major projects coordinated by the UBC Sustainable Cities Commission. It is co-funded by the INTERREG Central Baltic Programme and will be implemented from October 2015 until the end of 2018. The project aims at improving urban planning in brownfield regeneration to help cities revitalize urban space. New methods for integrated planning and partnership models are tested in four cities of the region: Norrköping, Riga, Tallinn and Turku.

The project conducted its first project meeting in Stockholm on 7-9 September. During the three days, the project partners were hosted by Nordregio on the island of Skeppsholmen. The event included updates on the project’s progress and next steps, practical guidance for project implementation, preliminary action plans presented by the city pilots, a study visit to the Royal Seaport urban development area and a visiting speaker from Forum Virium presenting the case of Smart Kalasatama in Helsinki. During the second day, four partner cities from Estonia, Finland, Latvia and Sweden presented their preliminary pilot action plans for the selected brownfield areas sites where new participation tools and integrated planning methods are to be tested.

Norrköping’s Inner Harbour pilot site is a heavily contaminated former industrial area that is in the process of being revamped into a residential area. One of the challenges for Norrköping is to communicate to both people and private stakeholders about the dangers of contaminated soil and the interventions that need to be done for soil remediation. For this, the Swedish city will develop a visualization tool that is both informative and interactive.

Riga’s pilot site Mūkusalas street is a former harbour area on the banks of the river Daugava. The core aim of Riga's action plan is to test new methods and approaches for land allocation competitions and land-use contracts with the private sector, as well as to bring together different stakeholders to produce innovative ideas and solutions for the revitalization process’ management models. The next phase activities will include stakeholders meetings, a geological study and local opinion surveys.

Tallinn’s pilot site Skoone Activity Belt is an underused brownfield area centrally located in the Estonian capital. Tallinn plans, in cooperation with stakeholders from public and private sector, NGOs and the general public, to create and test a public participation app as well as to draft a development vision for the area. At the moment, Tallinn’s main challenges are combining the utilisation of the area’s assets with contamination and restrictions.

Turku’s pilot site is an underused industrial area located in the Itäharju district. The first steps of the Finnish city’s action plan are to build networks with the key actors with interest in development of the area such as land owners, universities and developers. Inhabitants will also be involved in the planned workshops that will be targeted at all the major stakeholders in the planning process. Starting to work with key stakeholders before the detailed planning phase is a new working mode for Turku.

During the autumn the cities will host stakeholder events in which the action plans are starting to materialize. Tallinn was the first to have one, as they hosted a workshop on 27-29 September, where students from local universities shared their views on the pilot site. Riga is also organizing a stakeholder event on 29 September and there are plans for Norrköping and Turku to host theirs in the near future. You can follow Baltic Urban Lab’s Social Media Accounts on Facebook, Twitter and Instagram for further updates.