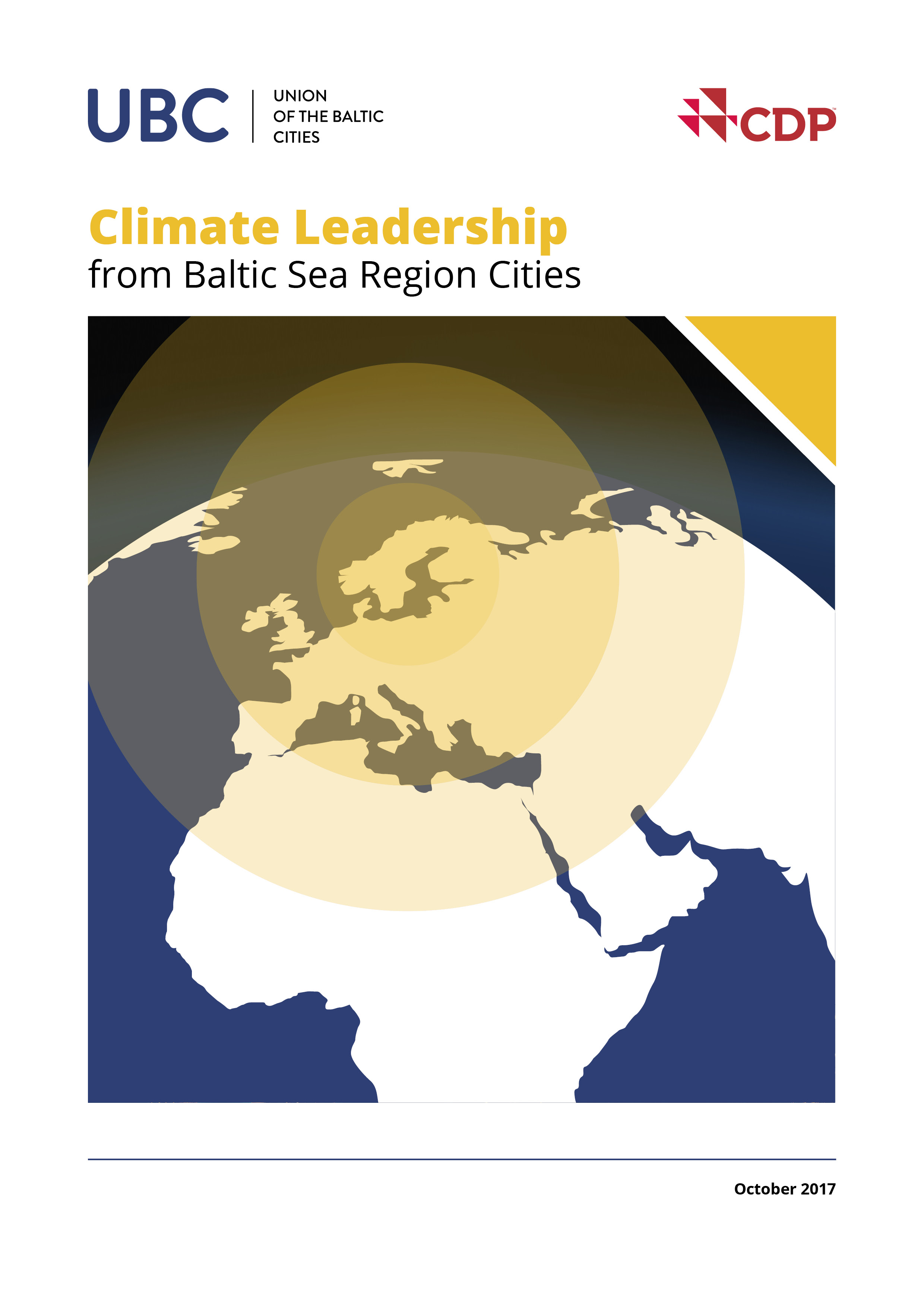 The report Climate Leadership from Baltic Sea Region Cities is launched at the UBC´s General Conference in Växjö, Sweden, in 25th of October 2017.

─ Over 50% the world’s population live in cities and it’s here that the transition to a sustainable future will be won or lost. But we are already seeing unprecedented engagement and action on climate change in our cities and Baltic cities are no exception. We are proud to be partnering with UBC and to jointly help cities learn from each other by showcasing their climate leadership in the region and beyond, says Kyra Appleby, Head of CDP's cities program.

The CDP and UBC co-campaigned this spring to get more cities in the Baltic Sea Region would join the reporting. The number of BSR cities that disclosure is 57 of which 20 are UBC member cities. The number of UBC cities doubled after the campaign.

More than 570 cities reported publicly to the CDP in 2017. 128 of these cities are situated in Europe, with 57 from Northern Europe (UBC countries). In 2017, a total of 20 UBC cities, from all UBC countries, reported through the CDP reporting tool:

The UBC Sustainable Cities Commission (UBC SCC) has been coordinating the work with CDP.

─ The Baltic Sea Region has been a forerunner region in sustainable development during the last 25 years – we wish to be so also in the future. Our cooperation with CDP aims on supporting our UBC member cities with more information and contacts on the global arena, important for an efficient transaction into becoming carbon free, smarter and more attractive cities, comments Björn Grönholm, Head of UBC SCC.

The findings show that Baltic Sea region cities are in the top of global list.

Read the final report from here: